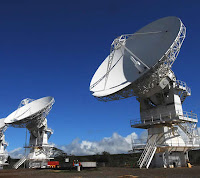 Open systems, with limited connectivity, which uses the Internet network technology, as the basis of technology, is now a prime mover of telecommunications technology. The device web browser, HTML Web page editor, and ITerNet intranet server and network management software, network products TCP / IP, network security and firewalls are just a few examples. This technology is being applied in the application of extranet, intranet and internet, especially for e-commerce and cooperation. This trend has supported the long technical and industry towards the development of the client / server-based open systems.

An open system is a system of information using common standards, for hardware, software, applications, and networks. An open system, such as the internet, extranet, and intranet enterprise, creating a computing environment, which is open to easily accessible by the end user and computer systems, networked. Open systems provide greater connectivity, the ability to network computers, and other tools, to be able to easily access and communicate with each other, and share information. System architecture, open systems, also provides network functions efectivitas steeper rate. Meaning is an open system that allows a variety of different applications from the end user bedan solved by using a variety of computer systems, software packages and databases, provided by a variety of networks, which are interconnected. Often, software called Midddleware, can be used to help the different systems to work together.

Other major trends in telecommunications technology, is a change of dependency, the copper wire-based media and shortwave reception, ground-based, the fiber-optic lines and cellular, PCS, satellite communications and other wireless technologies. Optical fiber transmission, which uses pulses of laser light, offers benefits, significant, in the business of installation, and smaller size, communication kapatas a much larger, much faster transmission speed, and freedom from electrical interference. Satellite transmission offers significant advantages for organizations that need to send large amounts of data, audio, and video, in a global network, particularly to isolated areas. PCS and cellular phones, PDAs, and other wireless devices connect the PCS and cellular phones, PDAs and other wireless devices to the Internet and corporate networks.

Changes in technology and telecommunications industries just mentioned cause significant changes in the use of telecommunications in the business world. The trend toward more suppliers, services, technology, internet, and ssitem open, and rapid growth, the Internet, World Wide Web, as well as ikstranet, and the corporate intranet, dramatically increasing the number of telecommunication applications that can be used. As a result, today, telecommunications networks, play an important and expanding role in the process of Web-based E-Business, E-Commerce, enterprise collaboration, and other business applications, which supports strategic objectives, and operational management in both large corporations and companies small.